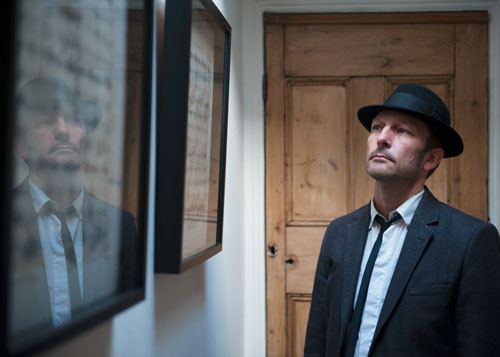 For those interested in music theory: The album «Rapport frå eit grensehotell» starts with two songs in C# minor, followed by two songs in their parallel key, E major. The Russian composer and theorist Alexander Scriabin suggested that C# was dark purple, while E was light blue. To me personally, E major is more metallic grey, shimmering. This is of course completely subjective and not scientific, but it is interesting how many musicians and composers seem to agree about D major being yellow (including myself).

When we recorded this song, much of the challenge was to make it sound uncomplicated. It’s the only song on the album where I just sing. Kjetil Steensnæs’ acoustic Guild 12 string guitar was all the song needed (we thought).